IndusInd Bank launched “JeetKaHalla” an initiative to support the Para-athletes

Mumbai, September 9, 2016: IndusInd Bank in association with GoSports Foundation has launched “JeetkaHalla” a campaign to support the Para-athletes under the Para Champions Program. Espousing the cause, IndusInd Bank aims to bring to light their contribution to the country by creating a nationwide movement of support.This campaign, which highlights the achievements of the para-athletes and the rigour of their preparation for achieving success in the international stage, showcases the brand as a thought leader working within the community to bring about a positive change. The campaign creates a strong positivity for the bank and positions it as a responsible and socially-conscious organization which supports good and unique causes, with the aim of giving back to society.

Through the campaign, IndusInd Bank unveiled a heartwarming, and inspiring Anthem which showcased the grit and spirit of para-athletes, and through the Anthem, the Bank conveys the message that it is time for the viewers to cheer and support the unsung para-athletes.

To give this cause its moment under the sun, IndusInd Bank has embarked on a multi-media campaign that will create the impact and help in mobilizing the momentum of seeking encouragement for these heroes.

There will be non-stop media blitz over a period of a month on digital, cinema, radio and subsequently television platforms. The three minute anthem has been conceptualized by Ankur Suman, Principal consultant & Creative head, RK Swamy BBDO and it is directed by Amit Roy, known for his works on films Sarkar and Sarkar Raj. Bakery Films has produced the Anthem. Lodestar UM is the media agency of the Bank. The Anthem is sung by Pankaj Awasthi and its lyricist is Pankaj Bora, RK Swamy BBDO.

The Anthem opens with the following lyric: Khel nahin khaata rahem, Maidan nahin padta naram, Sangharsh nahin hota hai kam, Toh tere liye kyon taaliyaa ho kam? Translated in English, There is no respite in sports; it is a tough contest out there. Since there is equal struggle, why should there be less applause for you? Despite making our nation proud at various events with numerous medals, their dedication has remained unseen and through this Anthem, IndusInd Bank is urging the nation to support and cheer for them. 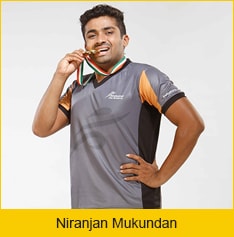 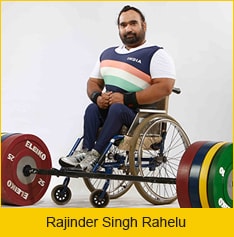 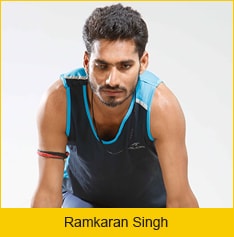 Anil Ramachandran, Head – Marketing & Communication, and Head – Retail Unsecured Assets, IndusInd Bank, said, While we are passionate about sports and proud of our sporting icons, we believe that we need to cast the spotlight on other sporting heroes the para-athletes and their amazing talents. The “JeetkaHalla” campaign asks people to support and cheer our nation’s para-athletes and recognize their contributions, strengths and passion for their sport. The campaign showcases their hard work, grit and perseverance and highlights all that they have achieved. This campaign brings to focus the phenomenal abilities of these great sportspeople.

Sanjeev Anand, Country Head – Commercial Banking and in-charge of Sports Vertical, IndusInd Bank, noted, We at IndusInd Bank, believe that a person can either spend his or her life focusing on the disadvantages or work hard to overcome them and reach full potential. Through our unique campaign, we are providing para-athletes with much-needed impetus to compete and excel in the sports arena and through the inspiring anthem, we are trying to build in empathy, and appreciation for their efforts which often go unnoticed. IndusInd Bank is the only brand to take up the cause of the para-athletes.

About IndusInd Bank: IndusInd Bank, which commenced operations in 1994, caters to the needs of both consumer and corporate customers. Its technology platform supports multi-channel delivery capabilities. As on June 30, 2016, IndusInd Bank has 1,004 branches, and 1885 ATMs spread across 625 geographical locations of the country. The Bank also has representative offices in London, Dubai and Abu Dhabi. The Bank believes in driving its business through technology. It enjoys clearing bank status for both major stock exchanges – BSE and NSE – and major commodity exchanges in the country, including MCX, NCDEX, and NMCE. IndusInd Bank on April 1, 2013 was included in the NIFTY 50 benchmark index. Recently, IndusInd Bank ranked 13th amongst the Top 50 Most Valuable Indian Brands 2015 as per the BrandZ Top 50 rankings powered by WPP and Millward Brown.